Covering 138 countries, the report estimates that India will continue to lead the sector, with 66.9 million pay satellite TV subscribers in 2020, followed by the US with 34.1 million. Russia (18.5 million) and Brazil (15.3 million) will take third and fourth places respectively.
From the 61.6 million pay satellite TV subscribers to be added between 2014 and 2020, India will provide 23.5 million, Indonesia 5.0 million, Brazil 3.4 million and Russia 2.7 million.
DTH TV revenues in the Middle East and North Africa (the research includes Kazakhstan and Uzbekistan) will grow up to 3,741 mln. USD by 2020 (2014 – 3,016 mln. USD).
The fastest growth is expected in Asia region. It’s not only quickly developing Asia Pacific (Pay TV revenues will more than double in seven countries (Bangladesh, India, Indonesia, Laos, Myanmar, Nepal and Pakistan) between 2014 and 2020), the Central Asia countries shows rising of Pay Satellite TV market.
For example, in Kazakhstan, one of the most developed countries of the area, J’son & Partners Consulting’s researchers expect share growth of satellite technology penetration: from 12% in 2014 up to 18% by 2017. The Pay TV revenue will grow from 129 mln. USD in 2014 up to 241 mln. USD by 2017.
So satellite Pay TV platforms and TV channels broadcasting via satellite on Asia market are expected to bring high revenues.
The satellite NSS-12 owned by the global operator SES is one of the first points to pay attention on regarding satellite broadcasting in Central Asia. It has powerful Central Asia Ku-band beam. As well, the satellite covers South and North Africa, Europe, Russia, South Asia, Asia Pacific, Indian Ocean, Middle East. NSS-12 is a middle-aged and reliable satellite, it was designed by the Space Systems Loral and launched by Ariane 5 ECA to 57˚ E on 29 October 2009. The design life of the satellite is 15 years.
In addition, NSS-12 provides other services for advanced broadcasting. There is cross-strapping between C- and Ku-band transponders which can cross-connect China to Africa. This basically means uplink in C-band, for example, and downlink in Ku-band. NSS-12 is an outstanding platform for delivering telecom services, offering GSM and LTE backhaul services over the Middle East, Europe, Central and South Asia as well as East Africa.
NSS-12 supports DTH services and delivers 2G, 3G and Wi-max backhaul services over the Middle East and Europe, Central and South Asia and East Africa. It provides mobile backhaul – a satellite connectivity between cell site towers and the core mobile network supporting 2G, 3G and 4G/LTE voice and data services. Wi-Max/Wi-Fi backhaul provides internet connectivity to homes, villages and communities. Satellite communication forms a key element in the design of cellular infrastructure by providing affordable, reliable broadband backhaul links to the core network. SES global fleet of satellites allows easily and quickly link mobile centers and base-station controllers.
There are 40 C-band and 48 Ku-band transponders on the satellite. Typically, the Ku-band operates at a higher frequency (11.7 – 12.2Ghz) for downlinks and (14.0 – 14.5Ghz) for uplinks. This higher frequency produces a signal with a shorter wavelength that’s more powerful and focused. C-band, on the other hand, operates at a much lower frequency (3.7 – 4.2 Ghz) for downlinks and (5.9 – 6.4Ghz) for uplinks offering a wider coverage area. The Ku-band is excellent in delivering spot beam coverage from the satellite.
SES has an Emergency Response Team, composed of delegated members of different departments across the SES group, who are capable and responsible to fast and efficiently react to satellite anomaly situation.
NSS-12 already has a plenty of customers.
Many popular channels from Asia, Middle East, Africa and other regions are located on the NSS – 12. These are Zuku, MTN Worldwide TV, BFBS and some FTA channels like Al Mada TV, Qellat TV, Badinan Sat, Duhok TV, Silemani TV, Uzbekistan, K24 and others.
NSS – 12 is a good solution for Pay-TV platforms, they already have few local and international customers. African the fastest growing satellite platform Zuku TV is based there, it gets nationwide availability across the region. Zuku TV services have been successfully launched in Kenya, Tanzania, Uganda, Malawi and most recently Zambia with aggressive plans to roll out to more countries in the near future. Zuku TV has over 100 channels on the Zuku Satellite platform.
MTN Worldwide TV is the only live, worldwide maritime television service for the enjoyment of passengers and crew on vessels around the world.
The British Forces Broadcasting Service (BFBS) provides radio and television programmes for Her Majesty`s Armed Forces and their dependents worldwide.
SES satellites are a natural platform for broadcasting Ultra HD content, thanks to their bandwidth availability and footprints which cover countries and continents – enabling viewers to receive the same quality signal wherever they may be located within the satellite coverage area. And the best part is, satellites are Ultra HD ready and require no modification. SES currently carries 8 Ultra HD channels, there are no Ultra HD channels on NSS-12. But we may follow if they appear soon. Sooner or later, Ultra HD technology will come.
Talking about plans regarding 57˚E position SES mentions to Mediasat’s reporter that they are is in negotiations with many TV channels from STAN and Middle East countries. They don’t need any additional satellites so far as the satellite was launched on October 29, 2009 and its design life is 15 years and its capacities are pretty enough to serve the market. 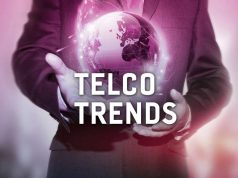 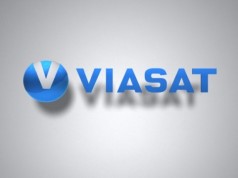 SES: Telco Trends is an excellent opportunity for networking