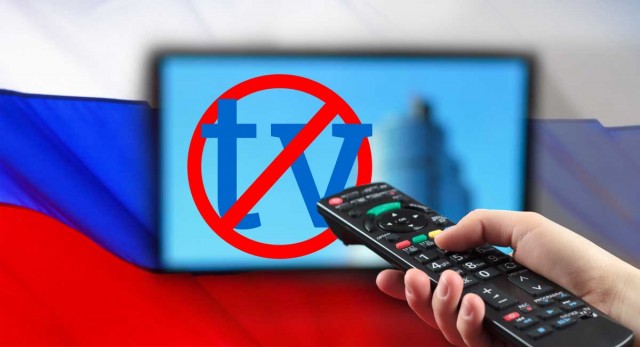 March 17, the National Broadcasting Council decided to remove another 14 TV channels from the list of foreign programs retransmitted in Ukraine.

The regulatory authority decided that after examining results of the monitoring of TV channels, in the airtime of which there were detected forbidden commercial advertising and violations of Ukrainian laws.

On the TV channel “Detskiy” the regulatory authority detected animated clips for children “Multirussia” of ideological nature, as well as the bumpers “My motherland is Russia”, “The Capital of our Motherland is Moscow”, “The Kalashnikov gun is our national heritage”.

On the TV channel “STV” there were audiovisual works involving people put on the “black list” of the Ministry of Culture: Valeriya, Iosif Kobzon, Stas Piekha, Grigory Leps, Sergey Bezrukov and Iosif Prigozhin. On the “La Minor TV” there were noticed audiovisual works involving Russian artists from the same list: Oleg Gazmanov, Yuriy Galtsev, Iosif Kobzon, Alexander Rosenbaum. On the TV channel “Evrokino” there were movies with Gérard Depardieu’s starring.

The airtime of the TV channel “Drive” contained programs like “DPS. Men’s Job” about the service of the Russian road patrol police, and the telecasts “Travelling the Crimea”, which violate paragraph 9, the second part of Article 6 of the Law of Ukraine “On Television and Radio Broadcasting”, as they were produced after August 1, 1991, popularizing the work of the Russian law enforcement agencies.

The TV channel “Mother and Child” was removed from the list of foreign programs meeting the requirements of the European Convention on Transfrontier Broadcasting and Ukrainian laws, as it does not carry out satellite broadcasting. According to the Roskomnadzor, Russian broadcasting licenses are no longer valid, since on February 1, 2015 the TV channel was renamed as “Mama”.

Sergey Kostinsky, Member of the National Broadcasting Council, recalled that the monitoring of such TV programs is a continuation of work initiated by the regulatory authority as far back as in 2014, and during that time the distributors and content service providers had a chance to make sure whether those TV channels conformed to the European and Ukrainian law.

The decision of the National Broadcasting Council enters into force one month after its publication.

We shall recall that near a month ago, the regulatory authority banned the broadcasting of 15 Russian TV channels. And then it appealed to the National Security and Defense Council of Ukraine (NSDC) and suggested imposing sanctions on the Russian legal entities that own mass media, the programs of which threaten the information security of Ukraine. 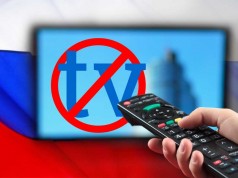