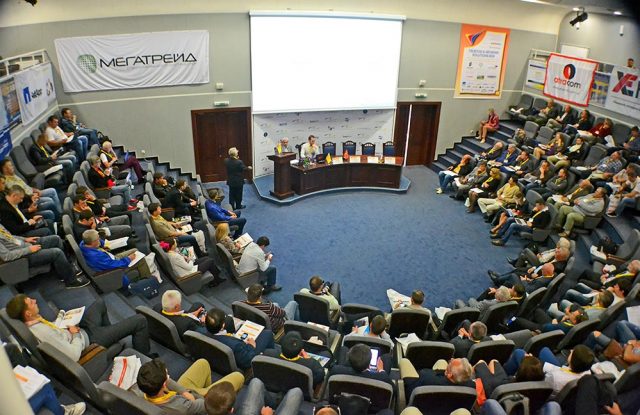 Which are the solutions to ensure security of operator networks? What trends are specific to the actual TV viewing? How to retain subscribers? These and other issues were discussed at the Eleventh Conference of Telecom & Networks Solutions 2016 held in Kyiv, Ukraine, in early June (the event was organized by the magazine “Networks and Business”).

Viktor Katok (PJSC “Ukrtelecom”) spoke about the evolution of access networks and about the trends for using copper cables under current conditions. So, considering the ICT progress in the world and the CIS countries in terms of the report prepared by the International Telecommunication Union, the speaker mentioned a fairly great ICT progress in Ukraine. This year in February, according to IDATE, Ukraine ranks twentieth among the European countries for optical access penetration rate. At the same time, according to the “Measuring the Information Society Report” (2015), Ukraine is the only CIS country that dropped by 10 positions (69th position), which is due to the speedier progress of other countries. At least, the country is still in the top 10 CIS countries.

Despite an active development of mobile communication based on the LTE standard in the world (over 40 operators has been mastering LTE-A), the ground-line communication goes on developing as well. In particular, there are widely spread communication lines based on copper cables, but laying new copper lines is impractical. According to the speaker, the ideal solution is a gradual replacement of such lines for the FTTH. But while copper communication lines are functioning, the providers will go on using them. However, the number of copper-based telephone lines has been continuously reducing.

At the locations, where the copper communication lines are already laid, the use of new technologies (G.fast) allows getting speeds of up to 1 Gbit/s, although at short distances (up to 30m). But this is useful, according to the speaker, just in those households with high-quality shielded twisted pair. At that, it is so far irrelevant to Ukrainian realities.

The speaker also mentioned the specificity of optical cabling in the “body” of the road (under asphalt). But, given that the world usually uses suspension cabling, this method is often applied in Ukraine as well.

As remarked by Alexander Kowalski (Ericsson), with increasing number of tablets, the mobile video traffic also goes up. Linear channels viewing has been reducing while the VoD one has been growing. Thus, according to the statistics presented by the speaker, 9 out of 10 elderly subscribers (60-69 years) watch linear TV, and 80% of young people prefer VoD. Trying to follow the market trends (any content on any device at any time and at any location), users are actively enjoying capabilities of services like Youtube, Dailymotion, Rutube, Amazon Video Direct, Moevideo.net.

To retain subscribers and increase subscriber base, it makes most sense for domestic operators to pay attention to international experience, when some operators passed into content producers (Netflix, Amazon).

For Ukraine, according to the speaker, the promising direction is the OTT development, and the main TV catalyst is TV series. And the platforms Mediafirst and Mediaroom may become very helpful.

Alexander Parkhomenko (Megatrade) briefed the conference participants on the solution of the company Infoblox – Secure DNS, providing network traffic analysis. The speaker emphasized the importance of security arrangements in case of DNS-attacks, particularly while DNS tunnelling (due to packaging unauthorized traffic in the domain name request) that violates the server security policy.

With increasing data volume, it becomes also relevant the issue of their storage. In this context, Anna Ryzhkova (Seagate) presented models of HDD-drives. For servers, this is an Enterprise Capacity line, having capacity of up to 8 TB (the announced 10TB models are coming in the near future). Celebrating the 10th anniversary since start of commercializing drives for video surveillance systems, the company promotes its Surveillance HDD line (from 1 to 8 TB with 24/7 operation mode). Taking care of users, the Seagate also offers a service for recovering data saved to a new HDD. But the cost of such service is very high: $100 for 100 GB, and the drive of several TB will cost a pretty penny. The short-term plans of Seagate are to cheapen production, specifically by turning out drives with helium (models from 10 GB).

The speech by Denis Gazizov (Canon Ukraine) was dedicated to solutions for reducing costs for equipment misuse, for example, due to authorizing access to equipment by cards.

Dmitry Berezenko (NetApp) introduced the participants to the potential of the StorageGRID system. The solution is ideal for unstructured video content. The cluster structure is scaled up to 77 PTB and ensures a high data recovery speed.

One of the most appropriate methods, according to the speaker, is to offer a set of services to clients, i.e., “all in one place”, in order to “entice” potential subscribers and to “get them hooked” on a certain solution. When a large volume of data is input into the system, the client is unlikely to be eager to change the product for the solution of other companies. An example is to offer the same Internet service with additional services.

The problems of energy security of contemporary networks were considered by Igor Khrapovitsky (Watson-Energo) and Viktor Bondarenko (Yuvi-Tech). So, to protect against short surge in communication networks, “Yuvi-Tech” offers surge protection devices, while Watson-Energo offers copper coated steel rods Galmar for earthing and lightning protection, with service life of at least 30 years. For sure, the presented solutions deserve attention, but why even earth rods with molecular coating of 250 microns should be purchased in Poland and not produced in Ukraine? Is the domestic industry has descended to the level that it is unable to arrange the production of copper-coated steel rods?

As the conference shows, an increasing demand for “video-on-demand” services will keep on growing. There only remains for operators to chouse carefully and offer a content distribution-and-delivery model convenient to users, or to find the best way to retain the old users and to lure the new ones.