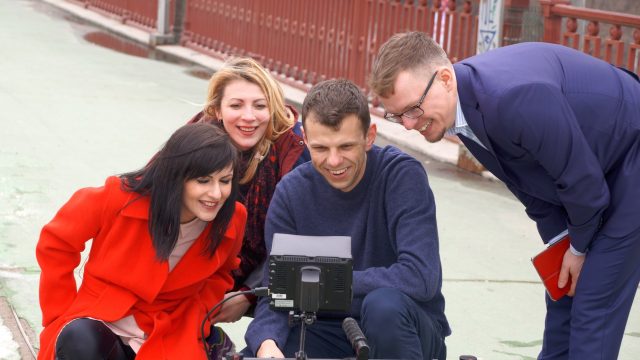 Among the TV channels that showed the rating growth during the complicated period of crisis in Ukraine, there are not only the news and entertainment ones. Over the recent few years, the audience of the Christian TV channel “Vozrozhdenie”  has significantly grown, the channel is focused on spiritual development and raising moral values of the society. The TV channel keeps an eye on the pulse of technological progress and sends ideas by means of advanced innovative platforms like mobile application and its own set-top box. Let us add that just few channels can boast of the fact that 90% of their airtime consists of own content. First things first.

The content concept of the TV channel “Vozrozhdenie” is aimed at people of different ages and social categories. Thanks to a wide range of content, each person chooses a show “to his liking”. The CEO of the TV channel Natalia Soynikova says:

The creative team elaborates ideas and strategies for content. Letters and feedback from TV viewers allow us to understand the audience’s needs unerringly and satisfy them. A special IT team develops new software.

“Of course, we rely on international experience in some way, since we need to perfect ourselves constantly”, as Natalia Soynikova insists.

Filming takes place in own and leased studios, and each broadcast has an individual platform with own decorations and interior. The TV channel’s staff is constantly growing. The channel’s feature is to provide internships to university students in Kiev, where sound engineers, directors, operators, i.e. young boys and girls, who practice skills and features of their future profession. The cooperation with industry-specific higher education institutions has been going on for more than a year. The company’s employees also run free media courses for the youth, attended by people who are eager to learn the media world and make up their mind about their future profession on the channel. 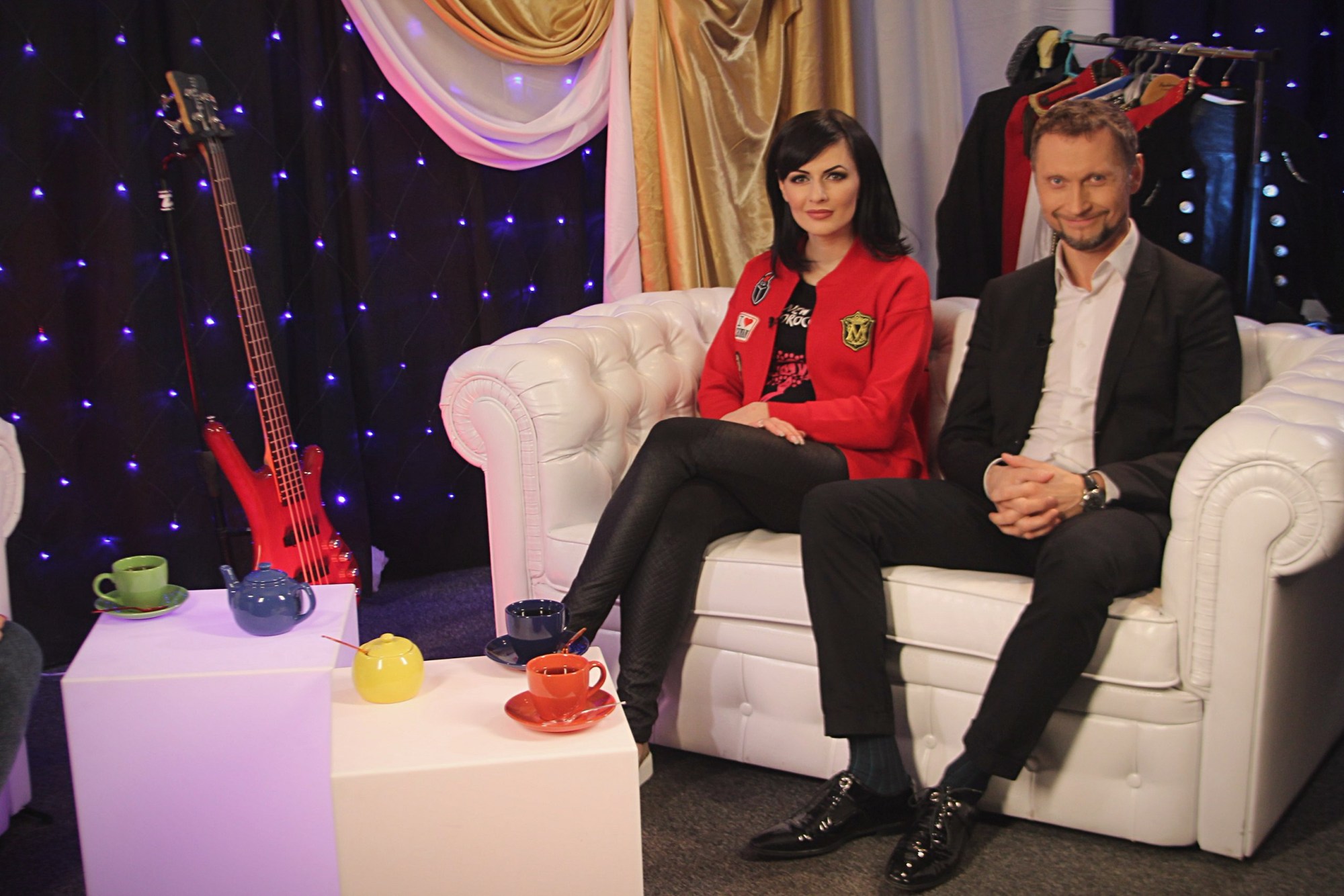 The channel broadcasts various thematic TV shows (about the family, health, creativity, and the young people-oriented ones), news and stories about charity, music videos, indirect and live broadcasts of divine services that meet the wishes of different social categories. For example, these are “The Power of Praise and Worship”, “This is Healthy”, “News”, “The Story of a Miracle”, “Insider”, “Foundations of Faith”, “Touch of the Spirit”, “The Fourth Dimension” and others.

On the occasion of the 500th anniversary of the Reformation, which Ukraine will celebrate in September-October of present year by presidential edict, the channel’s creative team has been preparing a number of broadcasts about the history of the church, figures of the Reformation and Awakening in our country.

The channel claims that it does not stint on filming, because everything should be at the highest level.

“The channel is not set up for profit. It has another mission of the appearance of the Spirit and strength to every house. A big role in financing the TV channel’s activities is played by charity contributions from TV viewers”, as the CEO of the TV channel assures.

The staff was not scared by the protracted crisis in the country:

“The top-management and creative team of the TV channel are receptive to any difficulties, since the work we do is partially not only our job, but also our ministry to people and society.”

The TV channel “Vozrozhdenie” purchases some shows from LLC “Eva Media Production”. For example, the show “Global Missionary”, which broadcasts sermons of the world’s leading churchmen, as well as shows for its music block like videos and performances of Christian groups and performers.

The most popular sermons and TV shows are those involving Pastor Vladimir Muntyan, prayers for curing the TV audience, broadcasts about the spiritual world “The Fourth Dimension”. According to the channel “Vozrozhdenie”, these are the very broadcasts with the highest rating and feedback in the form of thank-you letters and calls from the audience.

The question of how the law on language quotas affects the channel “Vozrozhdenie” was answered by Natalia Soynikova as follows:

“We are very happy with the adoption of that law, since it is always for the better, when the content of any channel is produced in the native language. This is how the national spirit of the country is shaped. Our hosts make shows in Ukrainian, and we are implementing technical solutions for the TV channel’s content to be released in the native language as much as possible in the near future”. 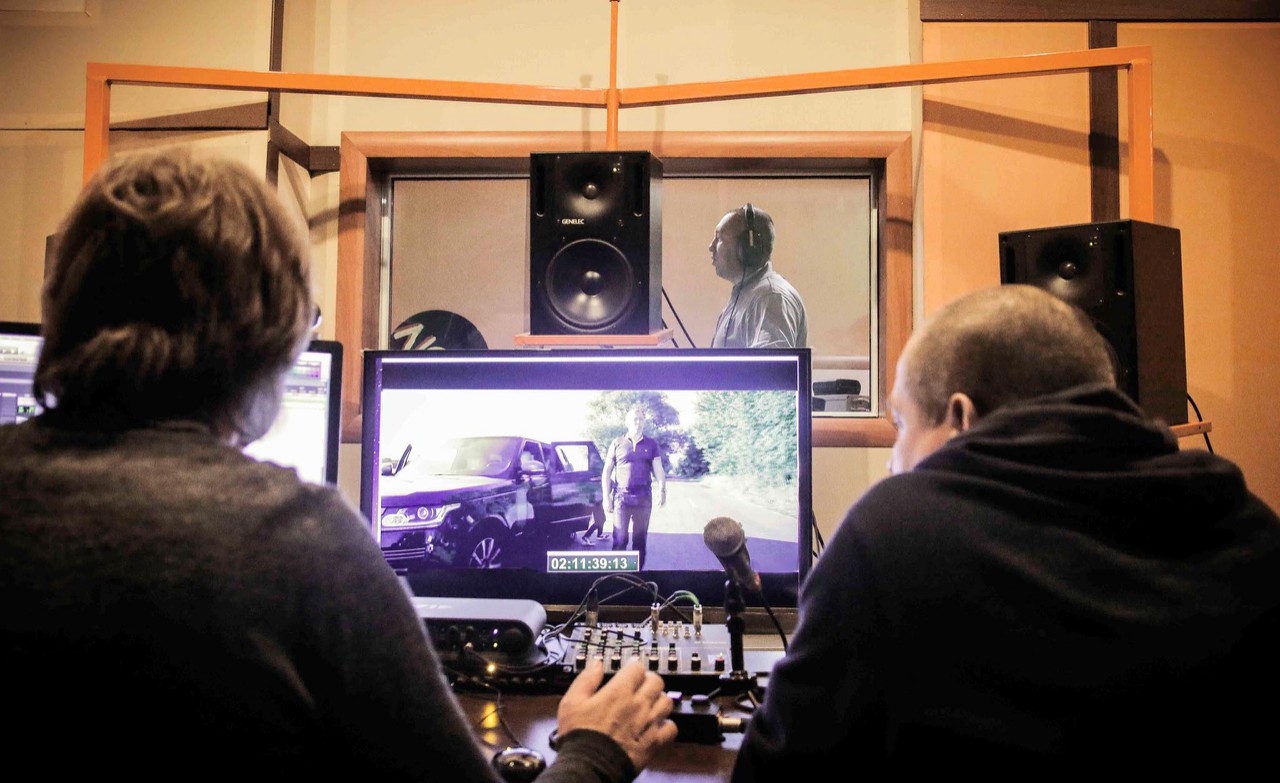 The “Vozrozhdenie” broadcasts via satellite, cable networks, on the web site, its YouTube channel, as wells as via the TV channel’s application. The TV channel itself is free, but a subscription fee is charged depending on the way and mode of its connection, for example, within the packages of cable providers.

The TV channel “Vozrozhdenie” broadcasts from the satellite AMOS-7. The channel is confident that its recent transition to the new satellite would provide even more technical capabilities for better broadcasting and signal transmission. For its uploading to the satellite, the TV channel uses teleport by “Ukrkosmos”.

The First Deputy Director General of the enterprise Yuri Balychev told about the partnership with the TV channel:

“We have exceptionally positive impressions from the cooperation with the “Vozrozhdenie”. I am very pleased with the partnership and happy to encourage the development of this channel”.

The TV channel “Vozrozhdenie” is available to watch in the networks of Ukrainian cable operators like “Volia”, “Triolan” and over 15 regional cable networks throughout Ukraine. As for IPTV broadcasting, the customer equipment may be represented by any computer (meeting system requirements), special set-top boxes, Smart TV-sets, and mobile devices. In terms of software, the access to the TV channel’s resources via IPTV can be ensured both via the channel’s application and any usual built-in Internet browser. Since recently, the TV channel has totally given up broadcasting via the Internet (it offers only live broadcasts), because there are actually many options to connect the TV channel. The top-management has decided so in order to protect the content from piracy and copying, so that it would not be used for commercial purposes.

The TV channel’s audience exceeds 300 million people, according to the inside data of the “Vozrozhdenie”. In the meantime, the TV channel’s staff does not rest on its laurels, and goes on working on new ways of delivering content in a convenient format. Thus, a special application was designed for watching the channel. There, one may find the entire TV channel’s content like news, Bible teaching, broadcasts about family, music and many others. The application design is a fairly intensive process, which requires considering all the details. The application was designed by partners for several months. Now, it is available in the App Store and Google Play in three languages like Russian, English and German.

The TV channel’s application offers an option of watching live broadcasts and other shows for free, but to get the full package of broadcasts and access the archive, one should pay a subscription fee, introduced for promoting the application itself.

“The content of our channel’s application is focused on various social categories of different ages. Therefore, the target audience is almost every person in the world. After all, our application is an innovative phenomenon. It is already in demand at a giveaway price”, according to the TV channel’s CEO.

Another innovative product of the TV channel is the TV-box “Vozrozhdenie”. It makes possible to watch it even with a poor Wi-Fi signal. On the TV-box, one can watch additional HD channels. This product is been developed by the whole team of programmers.

“We have a lot of projects and we are actually planning to improve our TV-boxes. We do not stand still by coming up with different improvements. Our partners have a large web studio, engaged in developing mobile applications and games”.

The “Vozrozhdenie” is not going to rest on its laurels and plans to expand its presence in Ukraine and other countries. The fact of channel’s broadcasting on different technological platforms facilitates achieving the goal. The channel’s top-management remains optimistic:

“Over 300 million viewers worldwide actually watch us via the satellite, our application and our YouTube channel, i.e. in Asia, Europe and America. We dream of spreading around the world so that the Gospels would be preached to the Earth’s end”.