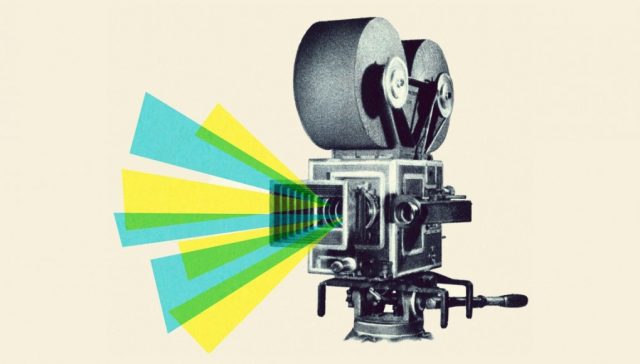 The crisis, which broke out in 2014, significantly affected the television market in the following years. Another key determinant was the restriction of Russian content in Ukraine. In the broadcasting grid there appeared a lot of reruns of broadcasts and TV series, and the number of premieres decreased. 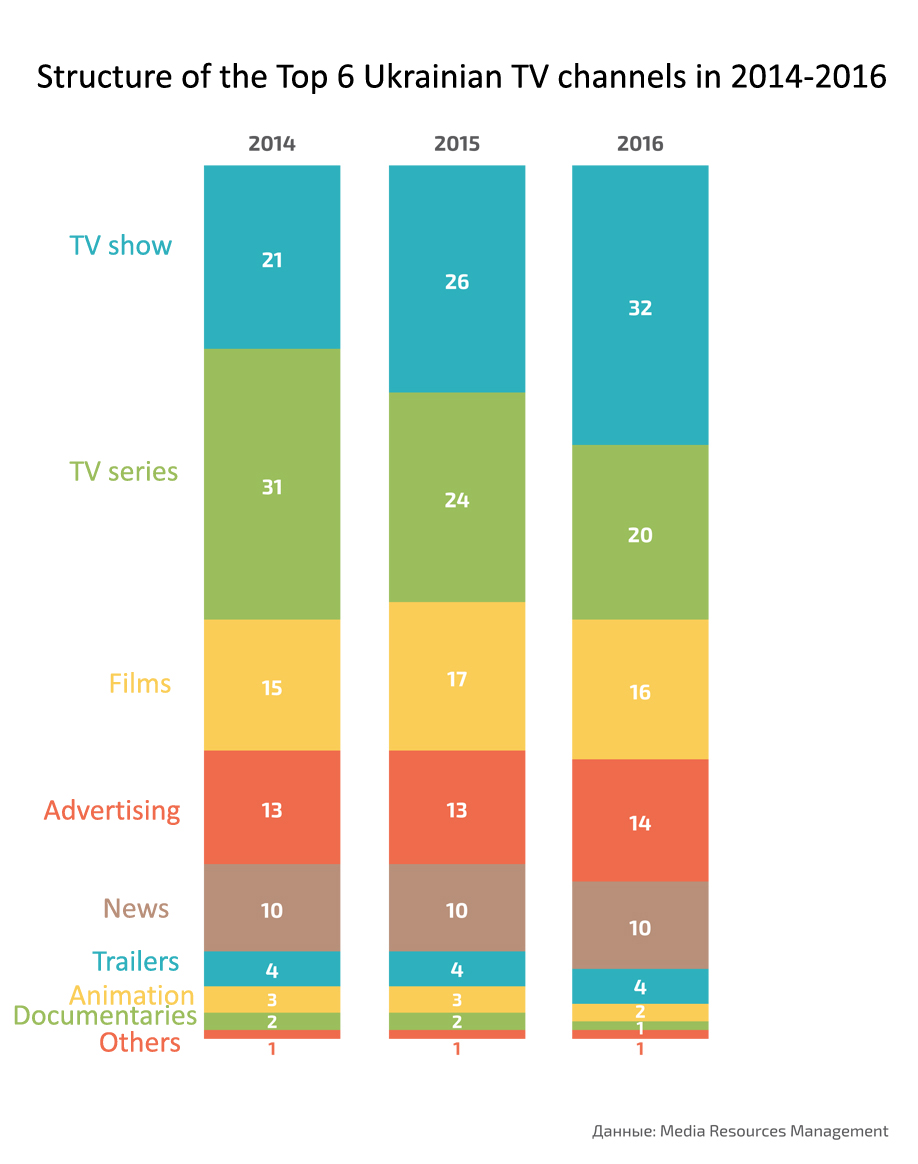 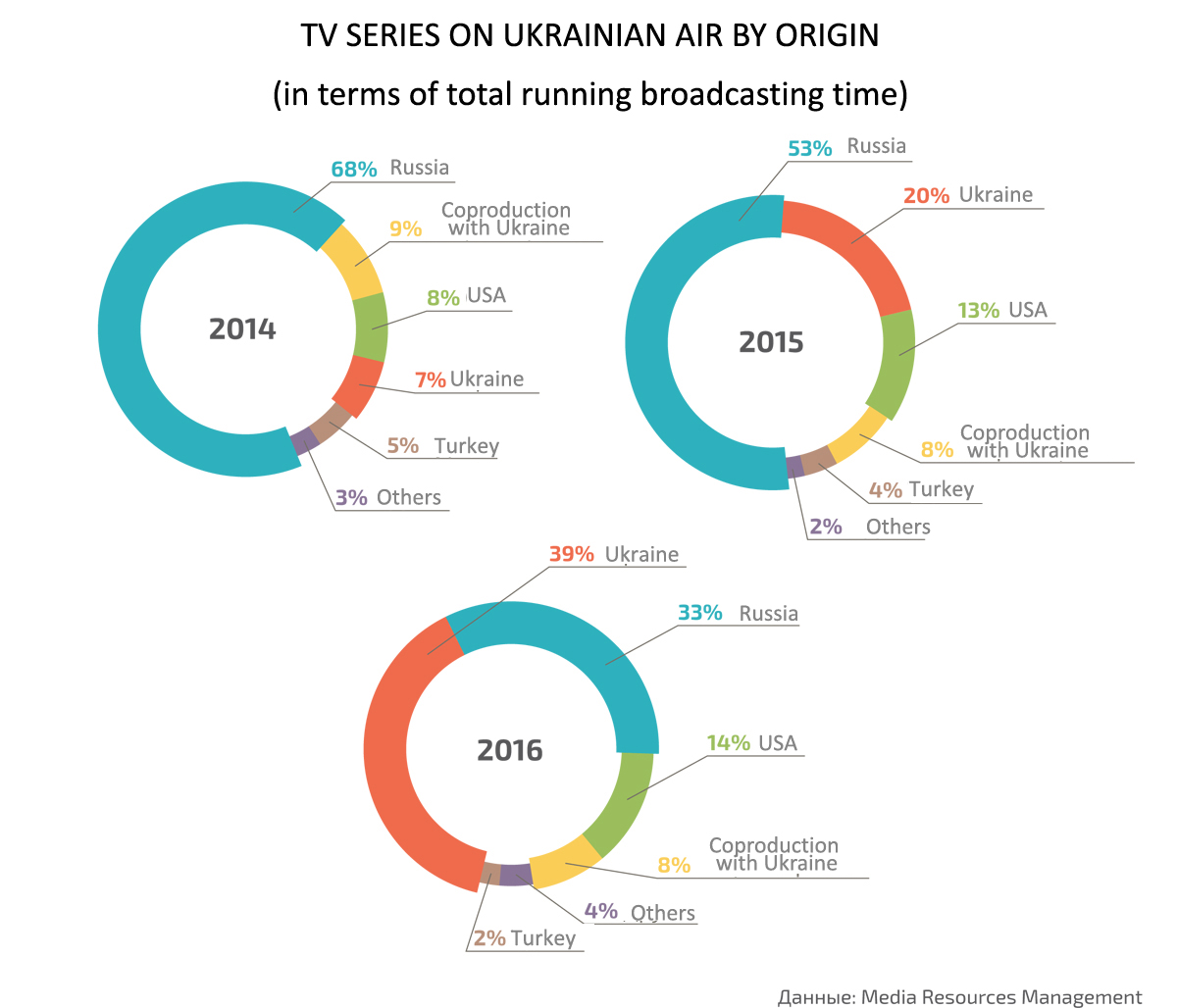 During the media-breakfast held under the aegis of the Media Resources Management, the invited representatives of TV channels 2+2, TET, “Novyi Kanal” and “Ukraina” discussed the recent market trends.

Sergei Evdokimov, General Producer at “Novyi Kanal”, spoke about the growth of own production. The “Novyi Kanal” managed to  start cooperation with the largest Ukrainian studios like StarMedia and FILM.UA. “It is more effective to film shows than TV series”, as Mr. Evdokimov stated. In addition, a show is associated with the brand of the TV channel versus TV series, which can be broadcasted anywhere.

The screen adaptation of Ukrainian classics is gaining popularity.

At that, Russia remains the main foreign customer of Ukrainian content. The “Novyi Kanal” sold its content to Russian channels “Pyatnitsa”, “Yu” and others. But Ukrainian TV channels do not desire to incur coproduction risks, since there is a serious possibility that this content will get under the ban of Ukrainian laws.