Home Business Pay TV in Ukraine: Not Easy, but Fun 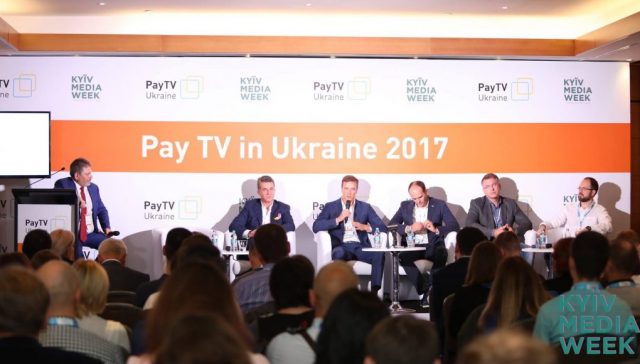 The annual pay TV market conference Pay TV in Ukraine, held in Kiev last week, was positive in general. The impression was that the main pay TV market players, i.e. providers and broadcasters, were generally satisfied with their joint engagement, and that there was no confrontation in the air as it was at the end of last year.

“Two parts of one industry started living not only in platonic relationship, but also in the financial and economic one”, as was briefly described by MP Hryhorii Shverk in his opening speech.

This year, the conference was divided into two panels. The first one was dedicated to providers and broadcasters’ discussion of the perennial issue: “When will the pay TV market appear in Ukraine?”, and the second panel discussion was devoted to the equally existential dilemma: “Who will get advertising money?”

The main last year’s achievement was stood out by the first panel’s discussants as the emergence of the opportunity to negotiate. “The key change of the last year was a regular dialogue and mainly the understanding of general market evaluation. There is a common understanding of what needs to be changed and how to change it”, as stated by Yaroslav Pokhalchuk, Executive Director at “1+1” Media Group. He was seconded by his colleague Fedor Grechaninov, Director for Strategic Development at StarLightMedia. He pointed out that providers and broadcasters got a common understanding of the most of issues, and they were engaged in the dialogue regarding the details of further cooperation. According to Mr. Grechaninov, the Ukrainian pay TV market will become fully operational when the country’s residents form a habit of paying for everything. “It is very important that Ukraine would create a pay-for-everything culture. That all people would understand that there is nothing free at all. And if they are not billed now, it means they will pay elsewhere”, as the StarLightMedia’s top manager emphasized.

Alexei Kurakin, Director for Strategic Development at “Media Group Ukraine”, also added that it was important for the market to agree on common terminology and become partners who jointly would sell content to their customers. “It’s time to put the lid on this scheme, so that it would be much easier to understand what the Pay TV market is. There is a perfectly specific market, and there is a chain “copyright holder-provider-user”. Users pay for everything in the civilized pay TV markets. This is a real life”, as Mr. Kurakin stated.

According to market players, there are two key obstructions to the paid market model: piracy and lack of TV channels’ signal encryption. Thus, if the audience has many options to get content for free, then it does so. “And if all local TV channels are encrypted and supervised in terms of accessing content, then it will be very hard to get something and somewhere free of charge”, as commented by Gyorgy Zsembery, CEO at “Volia”. The “1+1 Media” observes that it has made great progress in protecting its copyright on the Internet over the past 3-4 years. “Our content is either on our websites, or on our partner’s ones, or on a media player. An unauthorized use is minimal”, as Mr. Pokhalchuk remarked. At the same time, the MGU’s top manager points out that piracy is virtually won in the cable TV market, but still keeps on flourishing online.

As for the expected satellite signal encryption, the broadcasters look at this aspect from a somewhat different perspective. The “1+1 Media” is already dealing directly with encryption. In particular, the media group has already negotiated with companies designing encryption systems and even settled upon a specific solution. “It will be a cardless solution, that is, too hard to hack and ensure card sharing”, as the “1+1 Media”’s top manager said. The media group promised to present a detailed action plan a few months later. At the same time, the company argues very important the support of the regulatory authority, a dialogue with which is already underway.

The StarLightMedia also favors the encryption idea, while remarking that signal encryption will lead to losses in TV viewing. “But we anticipate that additional revenues that we can get from the pay TV market, will overlap these current losses”, as Mr. Grechaninov observed. At the same time, he believes it important that there would be no discrimination, and that all commercial entertainment channels would be encrypted.

The “Media Group Ukraine”, in turn, believes that the encryption is somewhat overestimated, since a free option of watching content will remain in the immediate future (at least in the form of terrestrial television). “With the commercialization of each new segment, users first look for free sources”, as Mr. Kurakin stressed. In his opinion, the channels will not manage to get many benefits from satellite encryption at once, as a lot of content can be found online for free, and this segment is actually gaining more pace. “Therefore, the satellite encryption is an essential evolution of paid entertainment TV. But it brings more troubles and efforts than money, especially at the initial stage”, as Mr. Kurakin resumed.

Vadim Sidorenko, CEO at Triolan Group, mentioned another problem in the market, i.e. different conditions for different providers to obtain content. At the same time, Mr. Pokhalchuk assured that the “1+1 Media” had no selective approach to providers. “For our part, we definitely guarantee that we have the same price for the same business segment. It does not differ for provider A and B”, as the media group’s top manager assured. At that, he adds that broadcasters have different prices for different technologies indeed, but this happens for historical reasons. However, according to Mr. Grechaninov, the broadcasters’ mission is to give confidence to all major providers that not only they are who pay for content. “The main problem is to convince them that we don’t give content for free to anyone else. Everybody will pay. We don’t want to come to four companies and take away all the money of the market”, as he observed. At the same time, it is important for broadcasters that providers would not only buy content, but also sell it without offering it free of charge. “We are not about to deal with providers who request to buy channels, and then offer them to users for free. We are not ready to work with such providers. They destroy business to their own market fellows” as Mr. Kurakin stressed.

The panelists could not ignore the digital network operator “Zeonbud”. For broadcasters, the important point is that the operator would set economically reasonable tariffs, and they are more satisfied with the coverage of the “Zeonbud” network than the government. At the same time, providers treat the operator as their competitor, and it operates under conditions that are more favorable. “We have to sell TV channels to our subscribers, while they are distributed by “Zeonbud” for free. For us, these are essentially unequal conditions”, as the CEO of “Triolan” stressed. The first panel was summarized by Hryhorii Shverk, trying to predict the future for the pay TV market: “It will not be easy. It will be fun”.

The second panel, more focused on the niche channels and their place in the sun, was less structured and the discussion looked more like a closed-door deal and philosophical reflections on where’s the money coming from to TV channels. As the Marketing Director of “Volia” Victoria Tsomaya pointed out, the main issue was that there would have to be money on the market at all. “For not to have a zero to be distributed among a large number of players”, as she stressed. And Serhii Boyko, the provider’s former president, and today’s founder of the alternative measurement system “Big Data Rating”, believes that the money will go to those TV channels, which will be chosen by audience and will be correctly and honestly measured.

His ideas on where the niche channels would get money were also shared by Serhii Sozanovsky, the founder of the film studio “Film.ua”. So, according to him, one of the ways to monetize channels’ content is product placement and branded content. “We do believe that if we produce a wanted-to-watch content, we can sell it due to emotional factor of some sponsors and product placement”, as Mr. Sozanovsky said, referring to the recent release of Ukrainian film “DZIDZIO Contrabass”. According to MR. Sozanovsky, the film producers can completely cover the budget of their next project at the expense of product placement. The Commercial Director of the sales house of “1+1 Media” Valeriy Varenitsa proved skeptical about the above statements, arguing that the product placement would be capable to earn. “Our CEO has set a task to develop product placement in TV series production. We have signed contracts with six companies in a month. And then it turns out that we have to rearrange the scenes with the product placement and without it, in order to sell to foreign markets. And this implies paying additional production days. An after all, the advertiser turns out different, as Mr. Varenitsa complained. According to the “1+1 Media”’s top manager, the problem of the market is too low price for advertising on Ukrainian television. “While the TV advertising has today’s prices, there is no chance to develop television. When we are now four times cheaper than online advertising, well, what are we talking about?”, as Mr. Varenitsa resumed. At the same time, he believes that a significant price increase will result in a significant advertiser outflow.

According to the Executive Director of ITK Igor Koval, this is the central problem of the market. “The major problem of low earnings in the market is that we are used to low prices, as well as to the fact that television is relatively cheap. Until we get the situation when the television becomes expensive, we will remain in the same place”, as he stressed. And Mr. Sozanovsky added that the actual ratio of the advertising market size and the pay TV market was gradually equalizing in Ukraine.

The panelists did not come to a single conclusion about who would get advertising money and how the niche channels would survive in the market. It just became clear one thing that advertisers would try placing their advertising more carefully and targeted in order to deliver it to the right audience as far as possible. At that, the situation in the linear TV market will be generally transformed further on, closely facing challenges in the form of online, mobile and other forms of delivering content to the audience. And it depends on the same market, whether it will be able to counter with these challenges. 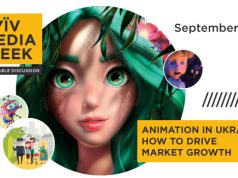