Home Business TIM: What is 2019 for the Ukrainian Telecom Market? 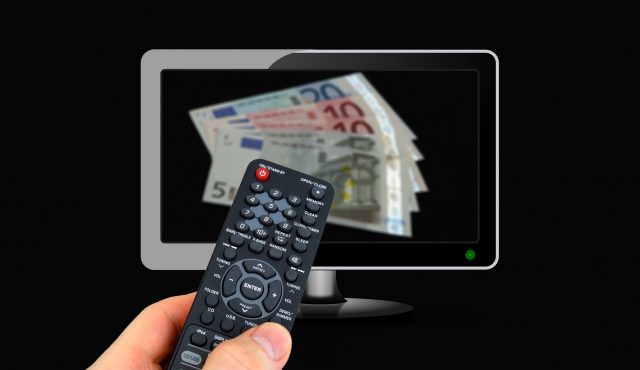 On November 7-8, a two-day conference #TIM 2018: Telecom, IT, Media was held in Kyiv. A common thread was the discussion of the future of the Ukrainian TV industry, where Ukraine is anticipating satellite encryption, the growth and growing prices of the original Ukrainian content and the Internet and, probably, paid digital terrestrial broadcasting.

Yaroslav Pakholchuk, 1+1 Media”, is 99.9% sure that the encryption will be implemented in May 2019, and the media groups are gearing up for this fact. “Today, the manufacture of the first batch of STB receivers is coming to end, and we are waiting for their market launch in the first ten days of December. The media groups are already negotiating the encryption awareness campaign. Mass awareness-raising campaigns are expected in April-May.” Mr. Pakholchuk also told about the meeting with “Zeonbud” and suggested that if all the relevant legal issues are settled in November, their transport signal (technical satellite signal in the Multistream format (DVB-S2 T2-MI) will also be encrypted in the spring.

“We understand that following the encryption and by the year-end, providers will extend their subscriber base. The market should be redrawn over the next year. ”

Describing the satellite TV audience, Yaroslav Pakholchuk emphasized that it is accustomed to pay for content. “According to the media group’s study, from 2 to 2.5 million people will move to the paid segment. According to our estimates, 800 thousand will go to DTH, while the remaining 1.5 million subscribers will opt for IPTV, OTT and cable. Up to 2 million is a conversion of “Zeonbud”.

Nikolai Faengold, StarLightDigital, also remarked that following the encryption and before the year-end, prices for the TV channels’ content would not rise. He hopes the encryption will benefit the providers. According to him, the satellite TV tuners will cost some 30-35 dollars on the open market.

The Chief Commercial Officer at StarLight Digital spoke about equipment reconfiguring after the satellite encryption. The media groups will contact providers to reconfigure antenna fields and to send them a signal different from the one for the B2C segment. In this segment, broadcasts will be ceased, and TV viewers will not be able to access the video signal. It is also scheduled an advertising campaign, targeted not only at switchover to a satellite paid provider, but also to other technologies.

“Spacecom has been providing its services for nearly 20 years in Ukraine, and we think the encryption will significantly affect the Ukrainian telecom market, either TV viewers, or the encrypted  TV channels, or the ones that remain non-encrypted. No one knows what will happen.”

Despite Mr. Amir’s conviction that making forecasts is a risky business, he anticipates that the encryption will be the very incentive to encourage subscribers to pay for the video product.

“Even if at first, there are not expected large earnings from subscribers, it will still be possible to increase financial receipts from the subscriber base in due course,” as stated by the Spacecom’s speaker.

Moreover, he spoke that the satellite operator was currently constructing AMOS-8, and that Spacecom planned to launch AMOS-17, designed on the Boeing digital processor platform, six months later. The satellite will be located at 17°E, its Ka-Band, Ku-band and C-Band beams would cover Africa, the Middle East and Europe. A powerful beam in the Ka-band, focused on Ukraine, would open up new technical capabilities and allow market players to make attractive offers.

“It will be the most modern and innovative satellite to provide our customers with tremendous opportunities,” as Jehuda Amir assures. – The next satellite, scheduled to launch in early 2021, is AMOS-8. It is currently under development. This launch will be a large impetus to the company.”

The satellite encryption is a stage of the PPV-TV market formation in Ukraine. This issue was the topic of a separate discussion.

This time, when discussing the content distribution model, the subject of allegorical comparison was bread. Thus, Denis Vasyanovich, Inter Media Group, compared content with bread, believing that the bakery owner first had to offer the bread purchased by customers, and then other products like as croissants. The availability of social bread must be reproduced in a basic social TV package. Maxim Smelyanets, youTV, shared the opinion that like the Ukrainian loaf is sold at zero, so the basic TV package should not imply any profit.

According to Jehuda Amir, Vice President for CIS and Romania Sales at Spacecom, it is a big mistake to compare media and bread, because people are more selective in terms of content. Today, one of the tasks of the Ukrainian TV business is to urge consumers to pay for content. Mr. Amir is confident that the encryption will be the very incentive to encourage subscribers to pay for the video product. And even if at first, there are not expected large earnings from subscribers, it will still be possible to increase financial receipts from the subscriber base in due course.

Moreover, comparing the telecom market of Ukraine and Israel, Jehuda Amir remarked that the basic subscription in Israel cost at least 50 euros, and 100 euros with favorite broadcasts. And despite Israeli wages (minimum 5 thousand and average 10 thousand shekels or 1.4 – 2.7 thousand dollars) is higher than Ukrainian, the price plan of $3 in Ukraine is significantly less than in Israel in terms of salary ratio. When speaking about the PPV TV model in the world, Mr. Amir also added that in Europe people are willing to pay for high-quality content, while in Ukraine the price talks.

Alexander Fediyenko, InAU: “I don’t understand when they say to operators or providers (ISP) that you are a pipe and it’s just about to take data from point A and deliver it to point B. Thus, it turns out that Internet providers are transcenders and mustn’t understand what kind of data they deliver. However, many media services imply very “heavy” content requiring maintenance, and the operators have to expand their channels, capacities, and purchase equipment. So, the operators wonder how they can make money, i.e. either from the end subscriber, or from the content generator, which feeds this content into the data transfer channels.

Let’s see the most important message we are all talking about, but everyone hogs the blanket, and we cannot agree on it at all. TV was free during 50 years. So let’s put down on the channels of all four media groups that these are not providers that raise prices for content, but the media groups that have to increase the cost for their expensive work. There is no need to use Internet providers as financial layers, which are between the end consumer and the copyright holders, and are those who face moral and somewhere financial attacks from the end subscribers; because it is hard to communicate to anyone who watched free TV for 50 years that TV is now subject to pay.”

Mr. Fediyenko once again recalled that the media groups are loyal to cable analog TV operators, but not loyal to OTT or IPTV operators. As a result, there happens a collision, where some operators cannot part from their rattletrap car (analog TV), while others cannot sell their jazzy new car (IP television).

Denis Vasyanovich, Inter Media Group: “If people did not need PPV TV, it would not appear. If free satellite TV were enough, then everyone would have connected satellite. It means that in addition to the above benefits, people also need something they can get from cable operators, Internet service providers or OTT services.”

Internet providers confirm that we should expect growing prices for consumers by some 20% in 2019, and ARPU will reach $10. For example, Vadim Sidorenko, Triolan, believes that prices will rise by 20-30 hryvnias. Alexander Harutyunyan, InAU, predicts the minimum package price of 150 hryvnias, and Nikolai Bumazhny, Kyivstar, said that they have already raised the fee from 150 to 180 hryvnias per month.

As the terrestrial analog switch-off proved, the free digital broadcasting from “Zeonbud” became the audience’s favorite, since 78% of the audience moved there, according to TIC (Television Industry Committee) study. 17% of viewers switched to satellite, 5% shifted to cable TV. But today’s next question is: How long will Zeonbud remain free? There are growing ideas that the operator will do charge a fee to the audience.