Home Blogs Augmented mobile marketing – what’s awaiting for us on the small screens... 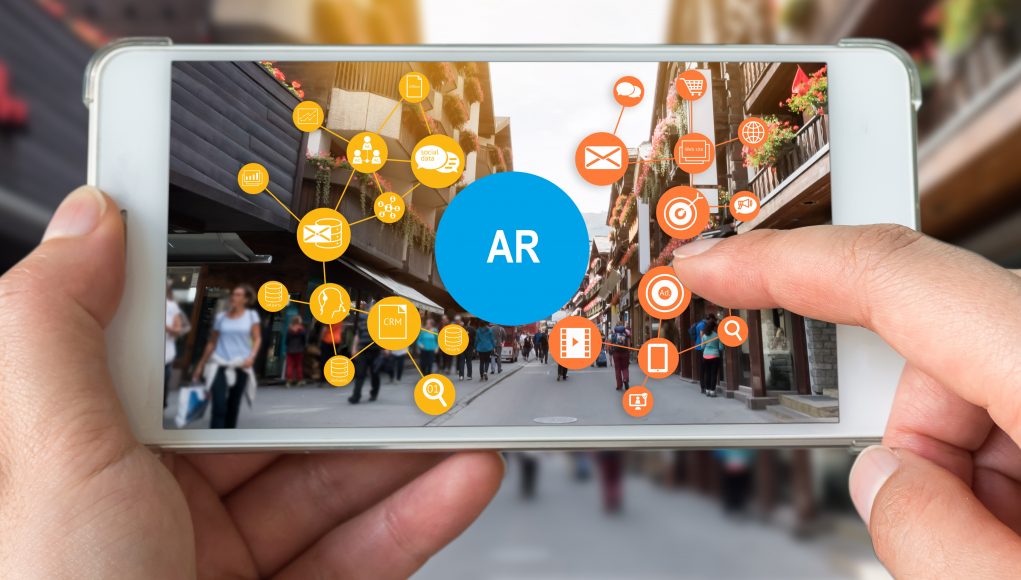 Mobile marketing has always been a very effective but rather creatively modest tool. With a small screen and a limited multimedia options it resembled a screwdriver or a pocket knife. Well, now it’s starting to change. With bigger screens and separate co-processors for gaming and augmented reality mobile gadgets are becoming even more powerful than the desktop ones. But real change will come when the social networks start using these new powerful options. Let’s see, some of them have already started!

Snapchat and Facebook have launched their augmented reality platforms a couple of years ago. Plus rumors have it that we are soon going to get ability to develop custom augmented reality camera effects for Instagram!

At least in some closed groups, developers are invited to test a beta.

Instagram has been lagging on the trend, but with a very young and loyal audience, it has all the chances to catch up. So what does the ability to create custom AR camera effects mean for the marketers? Well it promises access to millions of new smartphone users, who can, for example, scan a product with their smartphone camera and see cool on-pack special effects or try on an interactive face mask of how a new make-up from cosmetics brand will look like.

Sprite in Hong-Kong, for example, has already tried this with on-bottle effects with the Arena of Valor gaming characters:

And Coca-Cola in Ukraine has developed an interactive face effect for its latest summer campaign:

Rapper Eminem has used AR at his concerts to augment on-stage effects and promote his tour with an AR poster:

Cool! So what’s next? Augmented reality marketing for glasses or in-brain chips? Gadgets are getting more and more powerful processors and better screens, but it’s still a handheld device, which cannot be used very effectively while moving. And moving is what a lot of people do these days: be it walking, running or shopping, we spend up to 5 hours/day of our time while on-the-go. A good portion of that is looking down at our small screens (actually, over 100 times a day)! Doing it this way is not just cumbersome, but sometimes dangerous (take driving or crossing a busy street!). Technologies like smart glasses and augmented reality will change the way we use our mobile devices, but the questions remains: how realistic is this and when will it happen?

Hands free smart glasses powered by AR will present a whole new dimension of possibilities for both business and education. Just imagine navigation without constantly looking at the device screen, or shopping, when promo offers appear right when you look at the product in the store and not in a distracting banner on a screen!

The opening of AR effects for developers by Instagram makes this one huge step closer. By 2035 up to 20% of online commerce will be done using AR and, hopefully, this ain’t gonna be the small-screen, battery draining experience we have right now. Wearables like Apple Watch are already taking significant place in our life, so the future for this segment is very promising.

Possibilities are endless: be it retail, navigation, entertainment and of course gaming – let smartphones stay in our pockets and let there be augmented reality glasses that we look through. 🙂