Home Blogs “Anti-gravity” markings in the fields: full, drunk and without a button accordion! 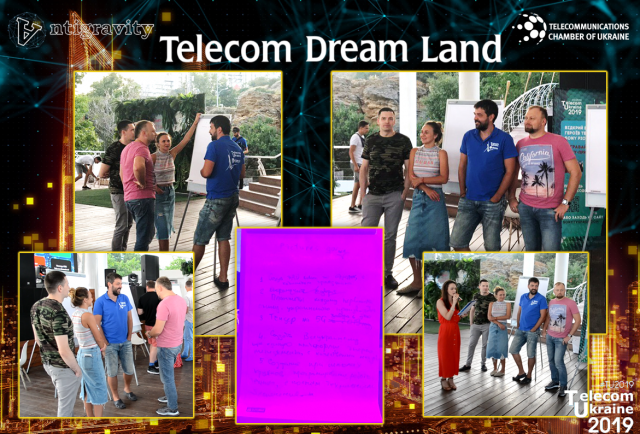 “A strange name for publishing about a business game …” – you will think, but this is #Antigravity. Yes, we continue the story about the game of the Telecommunication Chamber of Ukraine and about the teams that have tried themselves as creators of the digital country Telecom DreamLand!

Today the turn has come to the government of Telecom DreamLand, headed by Yana Bakun (StarLightMedia), Sergey Kubansky (UNDER.NET), Sergey Kushnarev (CDC) and Pavel Mandryk (Telekritika), it should be noted that for men it was an anti-gravity debut, and that’s how they dealt with it, read on.

I remind you of the warm-up task – the presentation of a short slogan (motto) of the team of the Goverment Telecom DreamLand with a maximum of five words. In short, it’s not at all short: the guys didn’t fit in the “5 words” limit, but what to do, this is a classic situation when the government`s debit doesn’t match credit. “We play without a button accordion and we live full and drunk!” – with a daring motto and exceeding the limit of three words, the team excitedly embarked on a more complex and serious task.

So, the task was as follows. The team of the Government of Telecom DreamLand should present to the public at least 5 resolutions that will improve the digital environment of the state, but which do not go beyond the powers and help raise the level of GDP in the country.

Not surprisingly, the list of “digital” innovations was headed by the state electronic document management, with the help of which residents will be able to receive all public services in one place (no, you thought about the wrong place, the players meant application with all kinds of state services).

The second point was the digital education of our younger generation – to distribute Ukrainian-made tablets to all first graders (the second team #Antigravity identified our country as Telecom DreamLand, they definitely know something that we don’t know).

The third point was the following announcement: “Dear mobile operators, the 5G tender will be held tomorrow at 9:00 here!” I remind you that the game was held on the Black Sea in the Mantra beach club, and this idea of holding a real tender for 5G frequencies on the beach is very cool if it is not winter. 🙂

The fourth goal of the Dreamland Government touched on energy efficiency. We need to create a common system of energy monitoring, which will directly show who, where and when spent state money to nowhere.

And the ending is somewhat reminiscent of the ending of the presidential team of a digital country. More precisely, the Telecom DreamLand government also relies on the human resource and its potential: the creation of programming, robotics and other things related to new technologies with the further provision of these circles with everything necessary for children to do useful and right things (yeah, and after learning they didn’t go to DarkNet, otherwise it will be offensive).

Well, out of 5 points, only the point on the 5G tender is directly related to the filling of the budget and the increase in GDP, and the rest will work for the future. But pay attention to how much everything is specifically formulated, without ephemeral promises and impossible fantasies. Do you agree? Next – more, criticize and expect new notes! 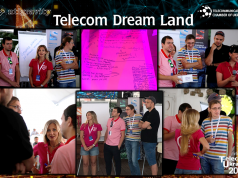 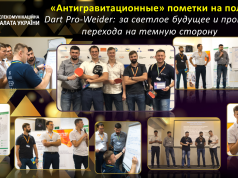