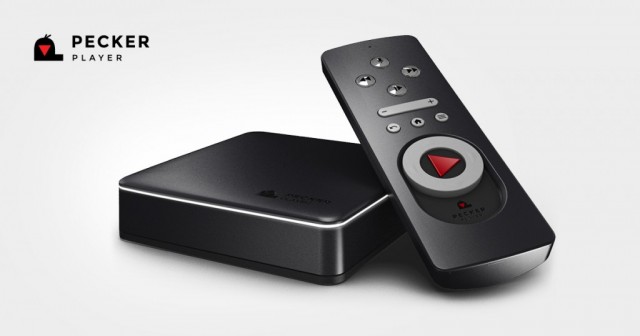 The Ukrainian team designed a set-top box Pecker Player, to be used for watching TV and on-demand movies, listening to the music, playing games and streaming multimedia content. The device, based on the user’s personal preferences, can offer a content of his personal interest. The Pecker Player’s remote control can also be a gaming joystick, and the mode of TV nurse allows selecting play-list for a child and to manage the set-top box via a mobile application.

The design team’s idea dates back about a year, they spent several months on research, studying the competitive products in different markets. Next, they found professionals in relevant areas, and moved forward. First, they designed UI, and then started working on industrial design, electronics and software. Just in winter they went into designing a teaser video and pre-order web site.
The Pecker Player operates via OTT (Over the Top) technology, providing Internet transmission of multimedia content to a set-top box, computer, mobile phone or tablet to any Internet user. It differs from IPTV by the fact that the services of the latter are provided only via the network controlled by operator.
At the end of 2014 the world OTT market volume totaled over USD 20 billion and continues growing. In Ukraine, the consumption of video online is also growing. The top 20 of the most popular Uanet web sites, according to TNS, is presented by just two OTT services: YouTube ranks third and ex.ua ranks 16th with a cumulative reach exceeding 12 million Ukrainian users. In addition, the OTT draws attention of the Government, drafting a law on licensing providers of TV services via OTT technology.
The key difference of Pecker Player from other devices available on the market is that our product provides access to the content from various suppliers and, in fact, is a content marketplace, as commented to AIN.UA by Yaroslav Korets, co-founder and CEO at Pecker Player.
The designers did not search for investment at the pre-seed stage, and designed a prototype spending their own savings. They did not inform about their financial costs, mentioning only that invested money could be enough to buy a luxury car. At the mass-production stage the Pecker Player’s team requires more serious funds, so now they have been negotiating with investors.
The set-top box’s designers run a testing advertising campaign with a budget of USD 300 and gained near 100 pre-orders. This is a more than acceptable result for the Pecker Player’s team. To return the investment in the project, they need to sell 30,000 units, and the designers believe their goal realistic on the local Ukrainian market, just given the current economic situation.
The Pecker Player’s team reported to AIN.UA, that it would fight for the film industry to follow suit of the game industry. There is a demonstrative example of the platform Steam, which manages to collect millions of dollars from Ukrainian players and does not complain about the pirates.
Divan.TV, which has been operating in the market of TV services providers for a long time, believes that the tariff and content offer of Pecker Play is not yet fully clear, but we can already say that the services are oriented to different market segments. The target audience of Divan.TV are users who want to have access to TV channels on any device without pegging to specific equipment, while the Pecker Play’s owners will have services available only at home, near the set-top box. Divan.TV welcomed a new market player, looking forward to the consolidated victory over the pirate services. 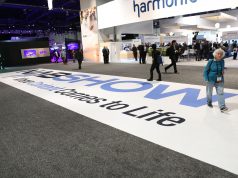