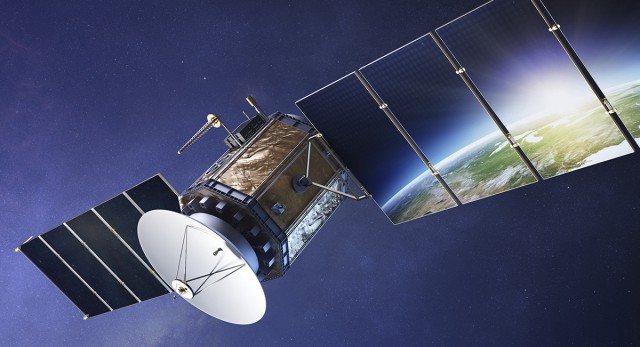 The Media Group Ukraine is about to run satellite broadcasting from two satellites at once: the former one Astra 4A (4,8°E) and the new one Eutelsat 9B (9°E). This is stated in the Media Holding’s official press release.

Since all the channels of the “Media Group Ukraine” on the Astra 4A satellite (owned by the SES Company) has repeatedly been subjected to jamming by intruders over this year, resulting in the unavailability of signal to providers and end users, the Holding decided to broadcast simultaneously from two satellites. Thus, the Media Group is eager to provide an uninterrupted access to satellite channels.

The “Media Group Ukraine”’s statement informs that satellite broadcasting via the Eutelsat 9B satellite is actually under testing, involving technical resources of the Eutelsat Company.

“The broadcasting quality is one of the most important indicators for any channel. This affects the audience loyalty, and thus the business profitability. If a viewer can not watch broadcasts in high quality or even gets the signal with interference, then even the best content cannot ensure high viewing figures. The “Media Group Ukraine”’s channels have been recently subjected to jamming for dozens of times. An unprecedented was the signal jamming during EURO 2016, when many Ukrainians were prevented from watching the semifinals of the European Football Championship. We have repeatedly appealed to the law-enforcement and supervisory authorities like the Security Service of Ukraine, the Ministry of Internal Affairs, the National Council of Television and Radio Broadcasting, the Ministry of Information Policy, to investigate the situation and take appropriate measures, but the problem was left unaddressed. To protect our channels’ signal in the future, and to make it accessible for viewers, regardless of anyone’s criminal actions, we decided to test the option of simultaneous broadcasting via two satellites”, as commented on by Bogdan Zhdanov, Director of the Broadcasting Network Development Department of the TV channel “Ukraina”.

Let us recall that the Eutelsat 9B was launched on January 30 from the Baikonur Cosmodrome, using the “Proton-M” launch vehicle. In March, the satellite was put into operation and started providing TV broadcasting services to the audience all over the Europe.

P.S. From our sources within the TV industry, Mediasat got known that the Holding 1+1 Media was also considering the option of broadcasting from the orbital position of 9 degrees east longitude. It is not ruled out that the TV package of the satellite operator Viasat would soon “move” to the Eutelsat 9B satellite, and there would appear a demand for dual converters on the Ukrainian market.